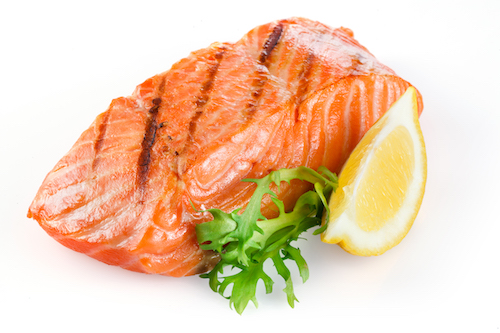 So how much fish do you have to eat to get 0.3 grams? It all depends on the fish. Salmon, mackerel and tuna tend to have the highest levels, with 1.0-1.5 g per 3 oz. portion. Sardines, trout, swordfish, oysters and mussels have 0.5 – 1.0 g per 3 oz. portion. So if you eat 2-3 fish meals a week you should be able to achieve the amount of marine-based fatty acids reported in this study. The additional benefit is that you are avoiding many red meat meals in your efforts to eat more fish – whether that’s the real reason behind the benefits of fish is unknown – but choosing broiled salmon over steak seems like the way to go.