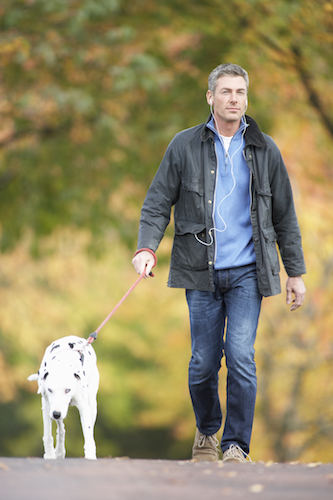 In the 1960s, Harvard University started collecting information from its prior male students enrolling from 1916 to 1950. In 1988, the university re-surveyed these men about their diet, lifestyle and exercise habits. Of these 12,805 men, who were on average 77 year old, 1,055 reported having been diagnosed with cancer (excluding non-melanoma skin cancer).  By 2008, 777 of them had died: 337 from cancer, 190 from cardiovascular disease, and the remainder from other causes. Men that were getting one to two hours per week of exercise in 1998 were 23% more likely to be alive 12 years later than those who exercised less than an hour per week. Compared to non-exercisers, men who reported 2-4 hours of exercise per week were 31% more likely to be alive, and those reporting six or more hours per week of exercise were 50% more likely to be alive.

There are over 7 million male cancer survivors in 2016, and almost half are over 70 years of age. The men in this study were mostly in their early 60s when they were diagnosed with cancer and three out of four were still getting at least an hour of exercise each week five or more years after their diagnosis. Men who exercised several hours per week had a lower risk of dying from any cause after twelve years.

While this study is an observational study and can’t prove cause and effect, the results are still very compelling.  Findings of this study suggest that just one hour a week of physical activity may be enough to prolong survival. Be confident that if you are not currently exercising one hour per week, one of the first steps to get you on your way to better health it to just get started.  Think about it…if you just exercised 10 minutes a day….you’re there! An easy way to do this is to get up during a commercial break when you’re watching TV and just walk briskly in place until the next commercial break.  Make a point of starting today.  The American Cancer Society recommends at least thirty minutes of moderate activity like brisk walking five times per week. Make a plan to get one hour per week and safely increase your exercise time and intensity as you begin to move more and feel better. Don’t forget to check with your doctor to make sure you are clear for the activities you want to pursue.