Weight cycling (or yo-yo dieting) does not affect cancer risk 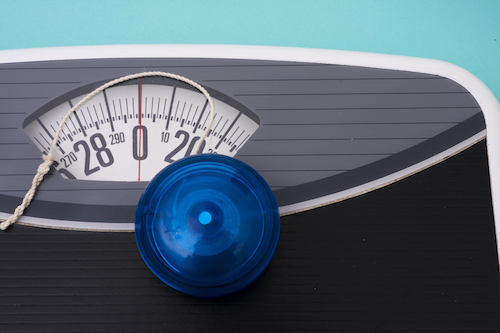 In the largest study ever undertaken to explore associations between weight cycling (or yo-yo dieting), and the later development of cancer, NO evidence was uncovered to support a possible link. The study, conducted by the American Cancer Society on 62,792 men and 69, 520 women enrolled in the Cancer Prevention Study II. Study participants were asked how many times they had lost and then regained at least 10 pounds during their adult life. Of the participants, roughly half reported never losing and regaining at least 10 pounds during adulthood, but 34% reported doing so 1-4 times, 8% reported doing so 5-9 times, 6% reported doing so 10-19 times, and 2.5% reported weight cycling 20 times or more. Individuals were followed for 17 years, and during that time a total of 15,333 men and 9,984 women developed cancer.

The results showed that 57% of women weight cycled as compared to 43% of men, and that weight cyclers tended to be heavier at age 18 and also gained more weight during adulthood. Once various factors such body weight, smoking, and diabetes were taken into account, no difference in cancer risk either overall or for various cancers was found.

For years, it was thought that weight cycling was harmful. While these findings are only from one study, and it is not known what period of life individuals lost and gained weight, i.e., was it in early adulthood? Late adulthood? Both? Nor are effects on diseases other than cancer documented…these findings do come from a very large and well-conducted study. Therefore, they provide some reassurance that losing and regaining weight is not overly bad.

Since there is agreement that being obese is bad, not only for cancer, but for many other diseases don’t miss your chance to start on your way to better health today. Yes, you may want to prepare, by making a trip to the grocery store and getting plenty of raw vegetables into the house (and getting the junk food out of the house) so that you can make it easier on yourself to reduce your intake of calories, but there is no time like the present to make a change. If you are overweight or obese, see if you skip your next snack, or make a healthier choice on your next meal. Start on the way, today!